Glitterbox has announced the Ibiza 2017 season line-up and opening party for its new residency at Hï Ibiza, the brand new superclub by Ushuaïa Entertainment. The club formerly known as Space will be elevated to new heights, with a fresh new look and the most advanced sound and technologies on the island. From May through September, Hï Ibiza will play host to the finest selectors from the global electronic music scene.

Every Friday from 9 June to 29 September (except 4 August), Glitterbox will transform Hï Ibiza with state-of-the-art production, their biggest line-ups to date, and the now infamous Glitterbox dance crews out in force. These weekly extravaganzas will feature an expertly crafted blend of contemporary, obscure and sought-after disco and house collectables, alongside anthems and classics.

Setting the tone for Glitterbox’s fourth season on the island, the opening party on 9 June features one of the biggest house music line-ups Ibiza has seen in years, with headliners Armand Van Helden, David Morales, Dimitri From Paris, and Todd Terry, joined by Glitterbox’s Simon Dunmore and DJ Pippi, with a very special live PA from Barbara Tucker (returning to Glitterbox Ibiza after her now legendary performance in 2016).

Glitterbox is one of the world’s most flamboyant, hedonistic parties, where the world’s foremost DJs, true masters at work renowned for their musical selection and turntable technique, lay down a soundtrack spanning 40 years of joyful, uplifting dance music. In a throwback to the glory days of Disco and House, the club experience is enhanced by dancers and performers, but the crowd are the true stars of the show – open-minded, passionate, and encompassing all ages, colours, genders and sexual orientations.

For tickets to Glitterbox at Hï this summer click here. If you do VIP this summer then make sure it is here. Message now for a quote. 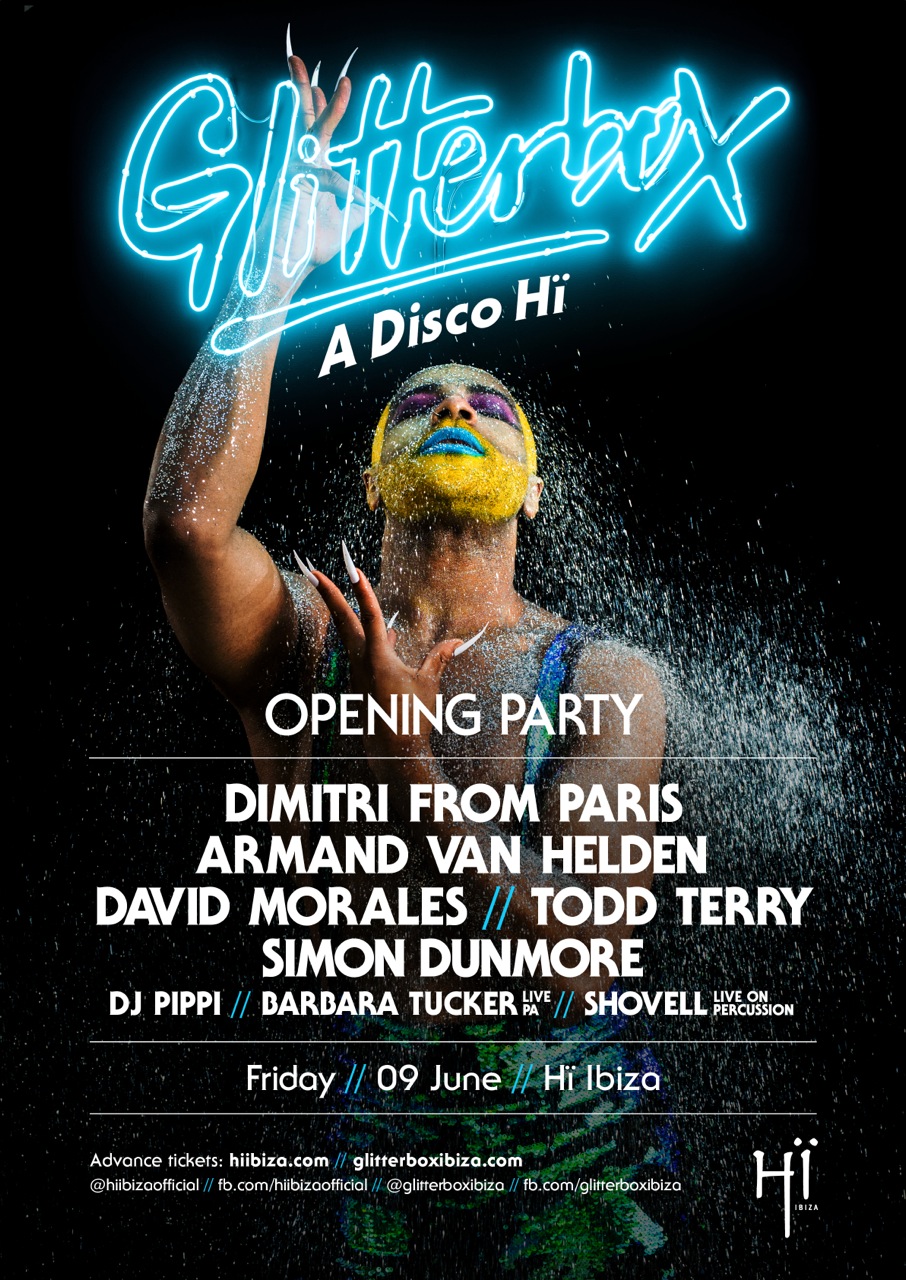