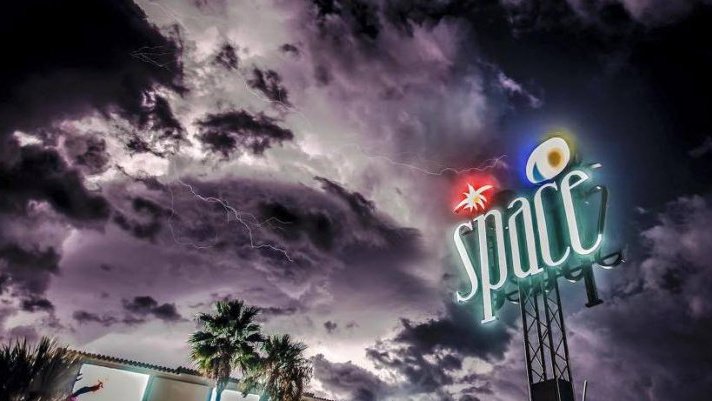 Wednesday 25 July was the first day of the IMS conference, a place where bods from all corners of the dance music industry come together to converse, debate, learn and teach on topics related to the business we all know and love so much. I wanted to share with you, one of the highlights of my IMS, well actually my season so far.

The mid afternoon session at 16:25 presented a Mr. Carl Cox, Pepe Roselló, CEO and founder of Space Ibiza and and Lynn Cosgave, the CEO of Safehouse Management. The trio were there to discuss Space Ibiza: The End of an Era.

It was a true walk down memory lane as Pepe described to a packed out room the humble origins of Space, how it began and how raving on the Space terrace on a Sunday afternoon became such an institution. The club, back in the day would open all night until 6:00am, close due to law restrictions, get a speedy team of cleaners in and re-open again for breakfast at 08:00am ready to open its doors to the queue of daytime ravers raring to go.

Space and in particular, Space on Sundays truly put daytime raving on the map as the club became synonymous with partying in the daylight hours, something nobody had even attempted before. Carl Cox said it himself, at that time, it was all about Ibiza and he had to get in on the action after hearing of this new way of partying. These became his first ever impressions of Space and it felt like “the club mecca of all time”.

Anyone who has ever listened to an interview with Coxy knows he comes across as a man you want to instantly make your best mate, he speaks from the heart, with compassion and respect and commanded full attention of everyone in that room. He’s a man you just want to listen to, whether that be his voice or better still, his music and mixing.

Carl spoke about his early memories as a mere punter in Space back in 1985, saving up all his money for a ticket into the venue. Fast forward 15 years and he has helped sell more tickets than anyone could have ever dreamed possible.

It was in 1995 that Carl first played in Space. At that time, the venue was still so famous for daytime clubbing under the Balearic sun but he had a vision and wanted to experiment with the Discoteca, the main room, which at that time was just the cooling down room, a place where clubbers went to when the terrace got too much.

He dreamed of making Space a nighttime venue, a place where he could play his techno thick and fast. Safe to say the experiment paid off because now 15 years later, the Discoteca is the very room Carl Cox plays his world famous, sold out parties to thousands of adoring fans every summer.

A touching moment came when Pepe started to speak about music, he said; “music makes us all one, music makes us equal, it puts us together without any difference, race, religion, whatever…” at which point the room erupted into applause, a real heartfelt moment had by all who truly believe the power of music and the power of union it can have.

The rest of the talk was peppered with funny anecdotes and stories of the past between three friends and business partners that have booked the ‘crème de la crème’ of the music business over the years for each gig and pushed musical boundaries to the limit. An outstanding achievement by anyone’s imagination and thoroughly well deserved.

This was my highlight today, feeling the vibe of an entire room, full of nostalgia and no doubt thinking about memories of their own Space Ibiza experiences. I felt every word of the conference and wished I had been one of the ravers of the nineties experiencing that terrace magic in Space we so often hear about, and hats off to Grego O’Halloran from Spotlight who did the interviewing too.