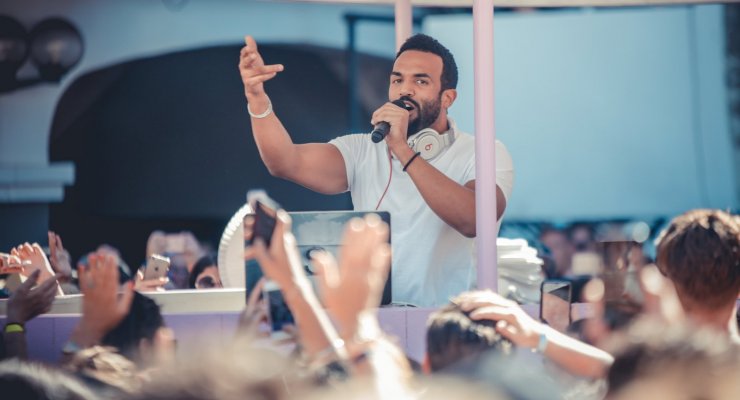 This summer has been hot hot hot and some of that is thanks to the UK god that is Craig David and his super cool TS5 pool party residency at San Antonio’s Ibiza Rocks Hotel.

His eight week residency which has now come to and end, wowed the island so much that every single show was a sell out! We were lucky enough to get to one of his gigs and we can assure you that the energy among the British crowd was like no other.

The guy has some serious moves, like serious. His voice, MCing skills and general stage presence was impressive and he had every single person in the venue singing along to every one of his tunes. He plays some absolute bangers too, old school stuff that was my personal soundtrack to my teen-adult years. Swoon.

So getting to the point, Mr Craig David has announced he will be making a one off appearance at Pacha Ibiza on Wednesday 28th May where he will join Marin Solveig’s My House party. This is no doubt going to be another stellar, sell out performance so get in there quick and book your ticket for this event now. Do not hang about because this is the last glimpse we are going to get to see of the ‘Fill Me In’ singer this season.

If only we could ‘Rewind’ to the beginning of the summer so we’d have much more of Crag David in our lives… For tickets to this event click here and if you like your parties with a little more VIP then message us for a quote.