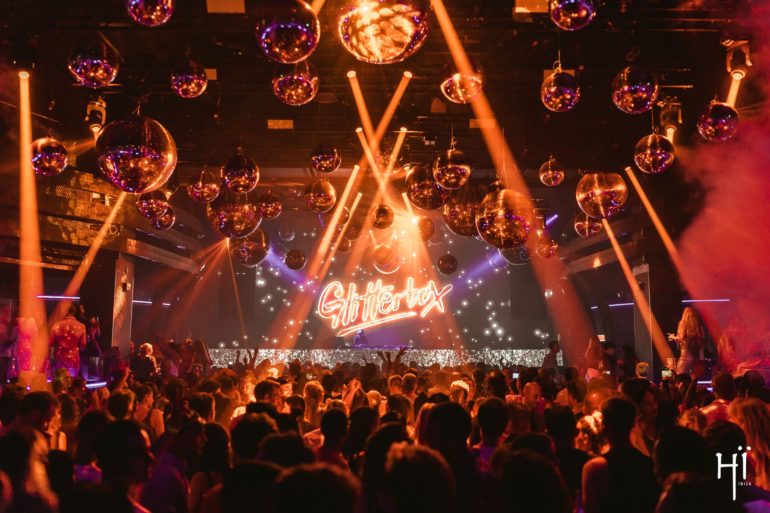 The Glitterbox phenomenon has continued to grow well into its second year at superclub Hi Ibiza, becoming one of the island’s most in-demand parties with its 21st-century disco that promises to ‘move your mind your body and your soul’. Expect magic at the closing party extravaganza, with flamboyant dancers, dramatic decor and some funky beats from a star-studded line-up, including Dimitri From Paris, Roger Sanchez, Joey Negro, Greg Wilson, Nightmares On Wax, Simon Dunmore, Kiddy Smile and special guest Shovell Live on Percussion.

The island’s longest standing residency Flower Power will close its doors for the season on Monday 1st October. Expect a colourful, crazy journey back in time with a dazzling production and bohemian dancers recreating the care-free hippy vibe from the sixties. Drop by to enjoy one last extravaganza where the team are sure to go all out. And don’t forget to get into the groove with some hippy attire and truly lose yourself on the dancefloor.

The global phenomenon created by the hugely successful David Guetta is arguably one of the most sophisticated parties on the islands, attracting the clubbing elite from all over the world. Get ready to party until dawn as David Guetta is joined by Robin Schulz and JP Candela for the glitziest closing party on the island. Buy your tickets early for this one to avoid disappointment, and be sure to dress to the nines as you will no doubt be rubbing shoulders with celebrities and VIPs such as P-Diddy and Paris Hilton, who are often know to drop by.

Music On will be hosting a three-day extravaganza for its closing finale this year, offering its fans something bigger and better than ever before! King Carola will kick things off at his home grounds Amnesia on Friday 5th October accompanied by Lauren Lane on the terrace, while Stacey Pullen and Leon look after things in the the main room. Hard core party-goers can carry on the fiesta the next day at Privilege Ibiza, where Music On will be combined with the club’s closing party – expect musical fireworks from the like of Marco Faraone, Paco Osuna, and of course, Carola, who will playing both the Vista Room Sunset set plus closing the night with a special B2B with the Martinez Brothers. Which takes us nicely to the closing session at day-to-night beach club and restaurant Blue Marlin, where Carola will be seeing things out with a selection of special guests. Not for the fainthearted.

Without doubt the most colourful carnival fiesta on the island, ElRow will by drawing the curtains on an epic summer of consecutively sold out shows. Each one as bizarre and immersive as the other, the Barcelona based party promises more of the acrobats, dancers, stilt walkers and showmen that has made this season the sell out that it was. Expect theatrical production and stage design with its closing theme ‘Planet Row’ plus amazing music taking you through to daylight from the likes of Joris Voorn, Claptone, wAFF B2B De La Swing, George Privatti and Tini Gessler. Eats Everything will take the reins of the main room – all. night. long. After a season of sell-out parties, we’d advise securing your ticket as early as possible for this one!