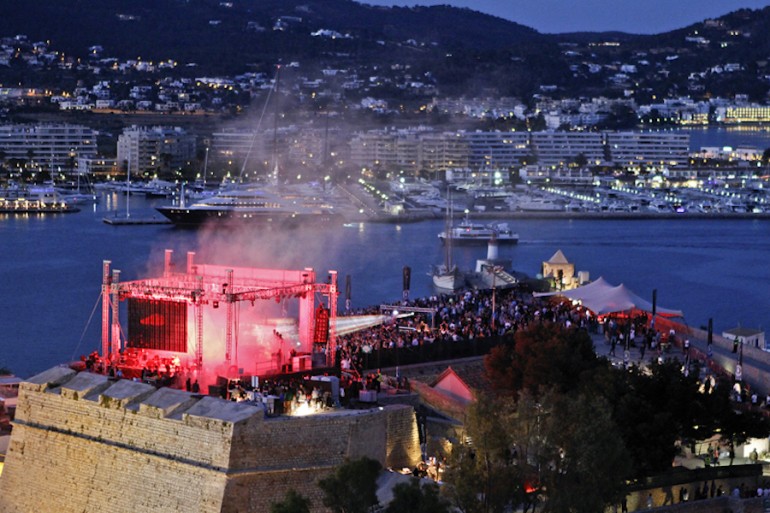 Strolling up the cobbled streets of the formidable entrance of the Dalt Villa along with a small crowd of people making their way up the same route, brought back memories of last summer. The feeling that the season is about to begin, the bars and restaurants picking up, the streets becoming busier because it’s fast approaching the big opening weekend.

An event that truly puts the start of the summer on the map is the IMS. The International Music Conference descends on the White Isle every year around this time to bring together people from the dance music industry to converse, debate and re-think all things concerning the musical bubble we live and work in.

Once the conference is over and the delegates, speakers and press people are done with conferencing then it’s time for the big celebration to end the event at the Unesco World Heritage Site in Ibiza Old Town, the Dalt Villa.

It’s not long before the bass meets us as we stroll up through the winding, picturesque streets of the castle. Immediately after, the formidable stage is within view and we can hear the music pumping from the main stage.

As we settle into the groove of the night, the sun is casting over the backdrop of the castle walls, a truly awe-inspiring view as day turns into night and the tempo of the evening starts to get darker. Nicole Moudaber is up and she’s getting the crowd nice and warm with her energetic set. 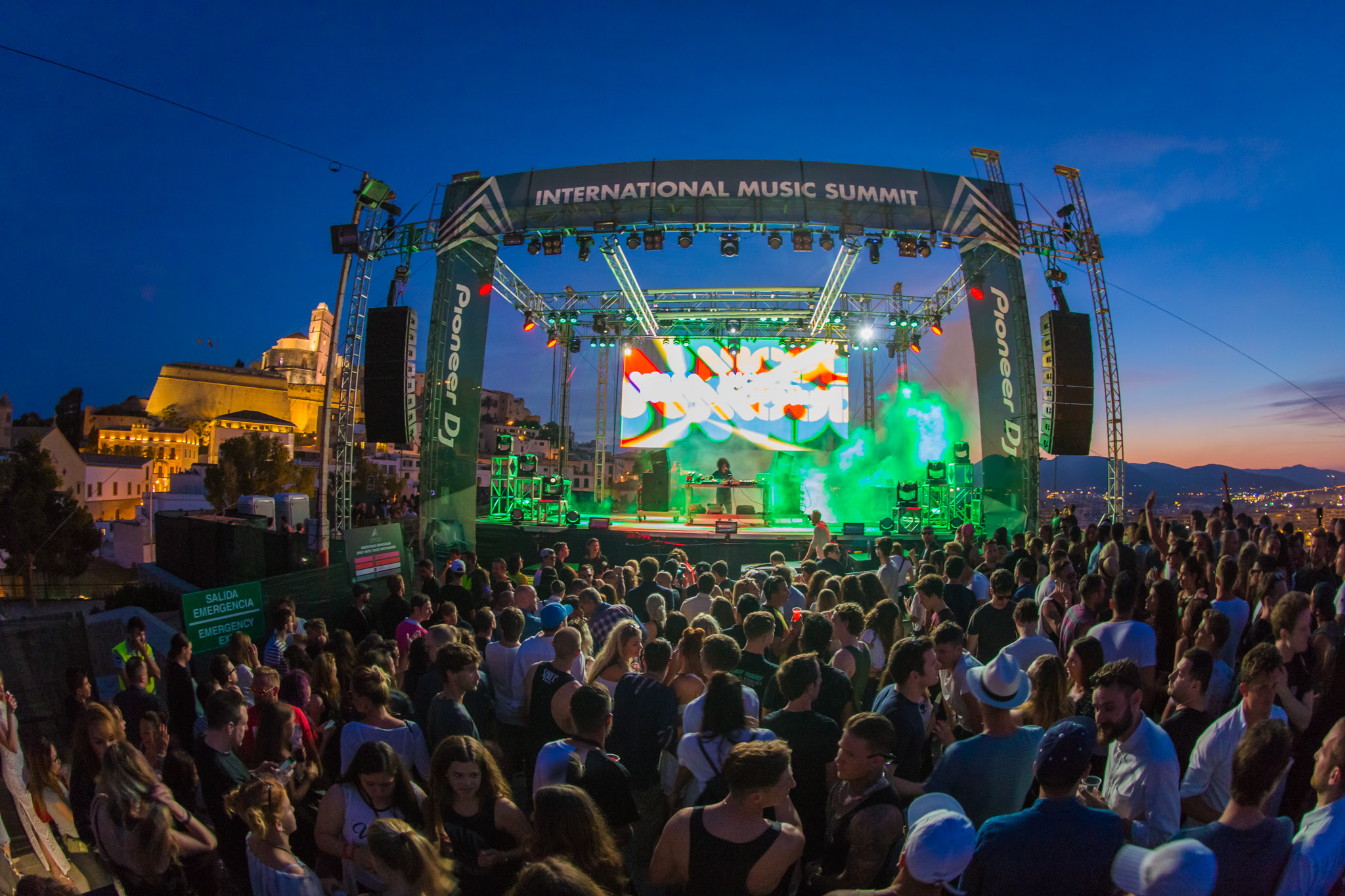 The harder Moudaber plays the more the crowd get into action, the techno and dark beats make their way to my ears as I make my way further up the front to see Moudaber in all her glory. It’s her IMS debut and she’s smashing it.

Tale of Us were up next and brought the tempo right down to set the scene for a start of a moody set, their trademark beginning of their musical journey. The visuals throughout the set were utterly mind-blowing and mesmerising, I felt my sober self get truly lost in the big screen of visuals, timed perfectly to techno beats of Tale of Us.

The sound throughout the entire show was impeccable, in such a large, open space that high level of music is not easy to achieve so it was a job truly well done by masters of sound.

Dubfire, the headlining act was up next end the show. He brought his dubfire: liveHYBRID show to the IMS for its Ibiza debut – a show that has received rave reviews was about to begin. His reflection could be seen on a huge screen as Dubfire got into action as the 2D and 3D animation of a man vs machine journey began. Explosions and surreal images of humans displayed on the screen in time to him thrashing out his techno set.

IMS goes in such a flash but that’s Ibiza, time doesn’t really exist here. It’s a vortex that swallows people up until it’s time to get on a flight home. I wouldn’t want to imagine the amount of people that have lost or missed a flight home on this island. And this weekend, well, we think it will be more than any other. Until next year IMS.