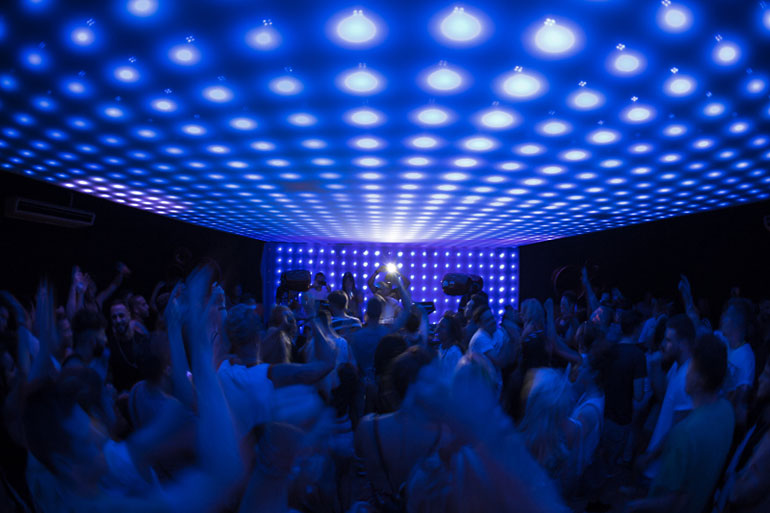 Sankeys are well and truly pushing boundaries this summer by opening the club almost a month before anyone else on the 1st May – an Ibiza first. A longer season means more dancing in everyone’s favourite basement and to open the club in style, the line up has been confirmed so far as; Steve Lawler, Kolsch DJ Set KiNK (live) Miguel Campbell and Lee Walker.

Sankeys have revealed their schedule for the summer, mixing music genres and generally doing what Sankeys does best which is going against the grain which is getting lots of tongues wagging about the upcoming season. This is what’s going on!

Mondays – Redlight and Shelter Redlight and Shelter have teamed up this summer to occupy Monday nights at Sankeys. Redlight takes it back to the old school with a series of house and garage nights that experienced success last summer with Matt Jam Lamont at the helm. Shelter provides a more deeper electronic sound and was born from the W.A.R party at Ibiza Rocks. The party will run a total of 19 events from the 23rd May until 26th September.

Tuesdays – Applebum Applebum is a newbie to the island which promises to bring a hip-hop and R&B sound to Ibiza. The London based hip-hop brand has confirmed appearances from the likes of Jazzy Jeff and Grandmaster Flash – we reckon this is going to be an missiable night. The dark, grungy basement in Sankeys lends itself perfectly to a hip-hop vibe and we’re told to expect MC’s battling and scratch turntablists performing to the crowd. Applebum will run for a total of 13 nights every Tuesday from 21st June to 13th September.

Wednesdays – Dance 88/89 The new Wednesday night residency at Sankeys comes in the form of Dance 88/89 which is all about reviving the love of acid house and Balearic beats! The line ups have been revealed and Ibiza legend DJ Alfredo has been confirmed as resident, he and will be joined by Buskwaka! Aka Matthew Benjamin. The opening party on the 25th May will be the first of 19 dates for Dance 88/89 until the closing party on the 28th September. Fabio & Grooverider, 808 State, Terry Farley, Trevor Fung, Judge Jules, The Ratpack and Robert Owens are just a few of the names to be joining the line up at the eagerly anticipated party.

Thursdays – Unusual Suspects Unusual Suspects is the new Thursday night residency at Sankeys this summer. A party that kept the Ibiza winter residents dancing in the Sankeys basement throughout the low-season, the club will draw from its success by making Usual Suspects a summer residency. The line up this past winter included Stacey Pullen, Nicole Moudaber, Carl Craig, Eats Everything, Martin Buttrick among others so we’re expecting a stellar summer line up and sexy house and techno filling the walls of Sankeys. With a huge 23 date residency, this party will open 12th May every Thursday until 13th October.

Fridays – Abode You may have hard about London party Abode already but this summer is their first Ibiza residency. The party has stirred up a following in London’s Studio 338 club after hosting some of the best and biggest labels in house and techno including Paradise, Crosstown Rebels, Get Physical, Hot Creations and Defected. Every Friday from 24th June until 16th September expect some big name DJs like Dyed Soundroom, wAFF, &ME, Audiofly and Nic Fanciulli that have graced the line up at previous Abode parties.

Saturdays – Tribal Tribal is back for it’s third consecutive year on the island. Opening on 7th May for a whole six months with main resident Miguel Campbell. The party will come to a close on the 29th October with a Halloween special. Sankeys are not doing anything by halves this summer with the longest ever residencies on the island so be expected for the unexpected with Tribal Sessions.

Sundays – VIVa Warriors The mighty VIVa Warriors are back this summer with main man Steve Lawler at the helm. This night broke records last year with most number of people in the club and it’s no wonder with a line up featuring the likes of Nick Curly, KiNK, Mathew Johnson, Derrick Carter, Hot Since 82 and Tiga. VIVa Warriors will run for 15 weeks from the 19th June until the 25th September. That’s a pretty solid week for Sankeys and with the parties running for longer than ever this summer it’s bound to go off in everyone’s favourite underground club!

Tickets can be bought online now.